A Message from the Department of Immigration and Border Protection

The Chaldean Australian Society has received a message from Executive Division of Department of Immigration and Border Protection concerning the department’s recent announcements regarding the resettlement of Iraqis and Syrians in the 2014-15 Offshore Humanitarian Programme. This message contains important information on resettlement of Iraqis and Syrians in Australia’s Humanitarian Programme. The message is forwarded below:

Greetings from the Ethnic Liaison Officer team of the Department of Immigration and Border Protection.

You are no doubt aware of the recent media release by the Minister for Immigration and Border Protection, the Hon Scott Morrison, on 17 August 2014, which covers among other things, information on the resettlement of Iraqis and Syrians under Australia’s Humanitarian Programme.  The media release may be accessed via the link below:

Following a number of queries, we would like to provide further information about the resettlement of Syrian and Iraqis in the 2014-15 Offshore Humanitarian Programme.  We are aware that many of you have recently received queries from your communities and we hope the points below will assist you with relevant information.

RESETTLEMENT OF IRAQIS AND SYRIANS IN AUSTRALIA’S HUMANITARIAN PROGRAMME

o   a minimum of 2200 places for Syrians who have fled their home country.

A significant number of these places will be for the Special Humanitarian Programme (SHP).

o   The SHP allows people in Australia to propose their family members overseas who have fled their home country and who are in need of resettlement.

o   Priority in processing will be for those with the closest links to Australia (siblings, parents, children, spouses).

o   Processing of applications can take longer than applicants and their Australian proposers may wish, however visas cannot be granted until all requirements are met.

o   Iraqis were the single largest nationality granted visas under the offshore Humanitarian Programme over this period, with around one in every five refugees resettled in Australia coming from Iraq.

o   The majority of Iraqis resettled in Australia are from minority ethnic and religious communities.

o   This will also include people who have fled the violence in northern Iraq to neighbouring countries, such as Turkey.

o   As in 2013–14, the majority of visas granted to Iraqis are likely to be under the SHP, reflecting the strong demand from communities in Australia to assist relatives displaced in neighbouring countries by the crisis.

o   Unfortunately it is not possible for departmental staff to enter those areas of Iraq where there is continuing conflict to interview applicants and process their applications.

o   Reflecting the size of displaced populations in the region, most of the Syrians granted visas were from Lebanon.

o   As in 2013–14, the majority of visas granted to Syrians are likely to be under the SHP, reflecting the strong demand from communities in Australia to assist relatives displaced in neighbouring countries by the crisis.

o   6000 places are for refugees, most of whom will be referred by UNHCR; and

o   5000 places are for people proposed under the Special Humanitarian Programme (SHP).

o   Australia recently celebrated the 25th anniversary of the establishment of the Woman at Risk provisions within its Humanitarian Programme.

o   Afghans from Pakistan and Iran;

o   Iranians from Turkey; and

o   This guarantees at least 4000 SHP places in each offshore Programme across these years.

o   This will allow many more families who have been waiting overseas to be reunited with their close relatives in Australia.

Our Office is open Monday, Wednesday, and Friday from 10 am to 1 pm 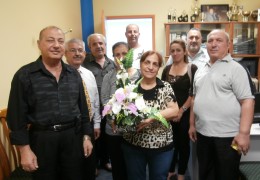 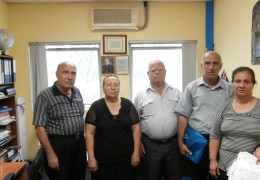 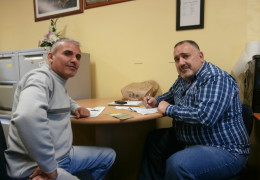 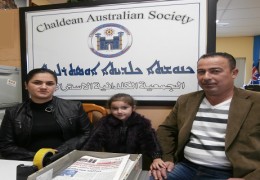 We serve the Chaldean and local community -- We help more than 100 clients each month -- We are experienced in community and social work -- We speak Chaldean, Assyrian, and Arabic in addition to English